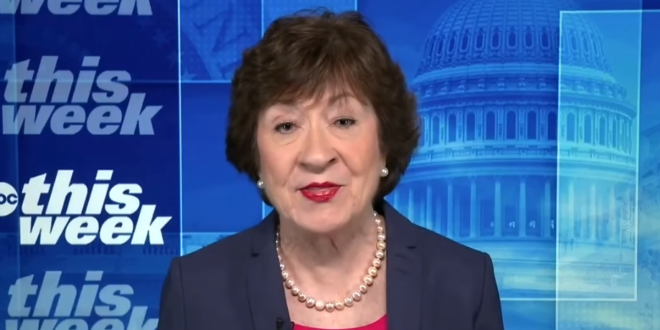 A Democratic bill to protect abortion rights nationwide will not receive support from Republican abortion rights advocate, Sen. Susan Collins. The senator from Maine said yesterday she opposes the bill to prohibit states from interfering in abortion based on fetal viability, The Los Angeles Times first reported.

The measure is a direct response to the Texas “fetal heartbeat” bill that took effect earlier this month after the Supreme Court declined to block its enforcement.

“I support codifying Roe. Unfortunately the bill … goes way beyond that. It would severely weaken the conscious exceptions that are in the current law,” Collins said, according to the Times.