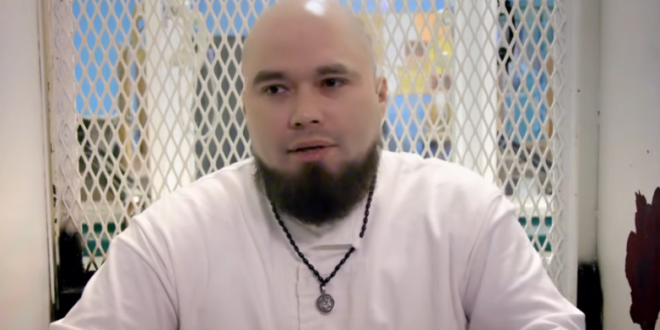 SCOTUS Halts Execution, Will Hear Plea Of TX Man Who Wants Pastor To “Lay Hands” On Him While He’s Dying

The Supreme Court halted the execution of a Texas death row inmate Wednesday who asked that his pastor be permitted to lay hands on him and pray while he dies.

John Ramirez, convicted of a 2004 murder at a Corpus Christi convenience store, asserted that a Texas policy prohibiting his pastor from placing his hands on him during his execution violated his First Amendment right to practice his religion without government interference.

Ramirez’s execution had been set to take place after 6 p.m. CT. In a one-paragraph order, the court stayed his execution and granted his request to hear his case. The court said it would hear arguments in the appeal in October or November.

In 2004, Ramirez stabbed a convenience store worker to death in a robbery that yielded $1.25.

John Ramirez told the Supreme Court that a Texas policy prohibiting his pastor from placing his hands on him during his execution violated his rights.

Previous CHATTER AWAY: Overnight Open Thread
Next United Airline Employees With Religious Exemptions To Vax Mandate To Be Placed On Temporary Unpaid Leave