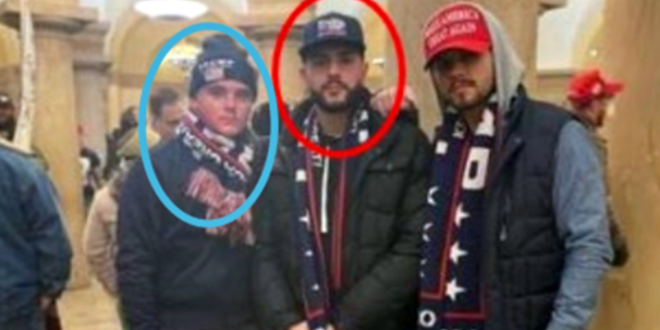 Two men from Brooklyn, New York, have been charged with allegedly storming the U.S. Capitol on Jan. 6, allegedly foiled based in part on their appearance in a video by the far-right and reportedly then-COVID-positive live-streamer known as “Baked Alaska,” federal prosecutors said on Tuesday.

Antonio Ferrigno Jr. and Francis Connor were among the mob who broke into the building while Congress was trying to certify the electoral college votes for the 2020 presidential election winner Joe Biden, according to an FBI affidavit.

On Jan. 7, Lunyk texted Ferrigno a New York Post article reporting that “Baked Alaska” had COVID-19 when he stormed the Capitol, but Ferrigno denied that he would have been exposed, according to text messages embedded in the affidavit.

Baked Alaska, real name Tim Gionet, last appeared on JMG in June when he visited Orlando’s Pulse memorial on the anniversary of the massacre to ridicule its victims.

He also appeared on JMG in March when he petitioned federal prosecutors to remove his ankle monitor because “I’m a Christian.”

Both are 20-something Brooklynites. pic.twitter.com/lfTDNvd9N4

Feds allege the men were in Senate wing, inside a Senator’s workspace and captured on livestream video of defendant Anthime Gionet (“Baked Alaska”) pic.twitter.com/ViOzc2iaje