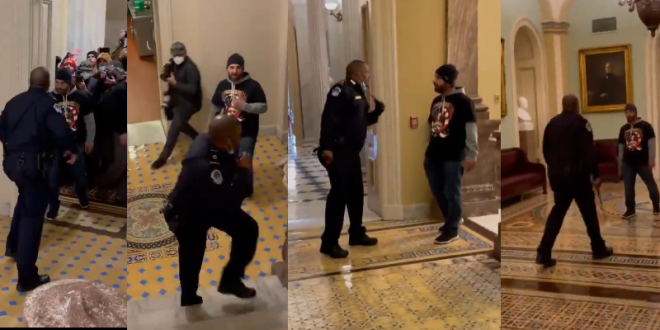 After admittedly violating his pre-trial release conditions in order to watch MyPillow CEO Mike Lindell’s symposium, a QAnon adherent charged with storming the U.S. Capitol on Jan. 6 will not get a soft landing. A federal judge revoked Douglas Jensen’s bond on Thursday, putting him back in jail pending trial.

For Jensen, the siren song of Lindell’s so-called “Cyber Symposium regarding the recount of the presidential election” had enough of an allure to put his freedom on the line. Prosecutors say Jensen also accessed a WiFi-connected iPhone to stream news from Rumble.

Read the full article. The terms of Jensen’s pre-trial release included a ban on using any internet-capable device.

QAnon Adherent Must Return to Jail Ahead of Jan. 6 Trial Because He Watched MyPillow CEO’s Symposium Online https://t.co/gxGrGeyvcZ via @lawcrimenews