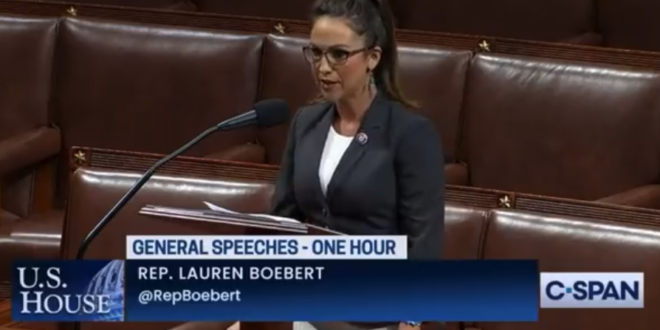 Rep. Lauren Boebert has suggested that rape victims need guns to protect themselves rather than access to abortions. The argument that women who have been raped should have access to an abortion is “wrong,” said Boebert, a gun rights advocate. She suggested that these women simply needed to be armed.

“They need love. They need support. They need safety and healing. They needed a Glock-19 when it happened,” she said. “It’s time we start addressing killing the raper [rapist], rather than the baby.”

Boebert then branded Democratic lawmakers “baby-killing advocates” and accused them of “spewing lies and half truths” following the passage of a bill in Texas that bans abortions in almost all circumstances after six weeks.

Does Lauren Boebert think incest victims need a glock 19 too? Like little girl should anticipate her relative is going to rape her and carry a glock 19 around? Boebert is pretty stupid. Nice job putting this idiot in Congress.

WTF: Colorado Rep. Lauren Boebert blames rape victims for their own assaults, saying they should have been armed to fend off rapists.

The vast majority of rape victims—more than two-thirds—are assaulted by someone they know.