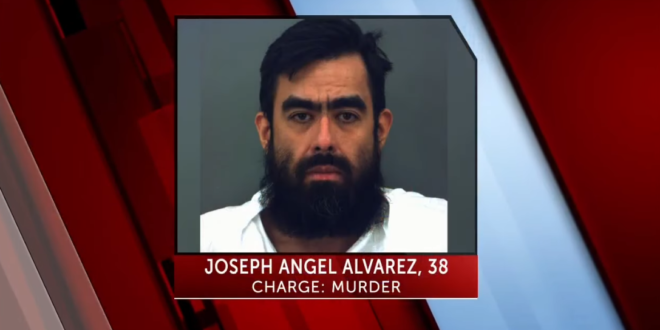 A police affidavit has revealed the extreme motivations allegedly driving the assault and murder of a prominent El Paso lawyer couple.

Joseph Angel Alvarez, 38, was arrested on Wednesday in connection with Georgette Garcia-Kaufmann’s death and Daniel Kaufmann’s assault. The State Bar of Texas lists the Kaufmanns as lawyers for the Texas Attorney General’s Office.

Court documents suggest the suspect’s political views and “extremist religious beliefs” may have played a role in his alleged shooting spree. According to the affidavit, Alvarez said he was “executing and exterminating the pro-choice Jewish Satan worshippers” when he allegedly decided to target the Kaufmanns’ property for the shooting.

“The defendant’s belief was ‘to end the Satanic activity’ near the crime scene (Memorial Park) and acted out his manifesto by killing and shooting the Kaufmanns and by mentally fabricating the connection he believed the four corner houses on Raynor and Copper to have been involved in ‘satanic activity,’ because of their relative geographic location to the park,” a police officer wrote in the affidavit.

According to cellphone data collected by police, Alvarez went to Memorial Park on Nov. 10 — four days before the fatal shooting — to photograph the park and the houses nearby, the affidavit states. The night of the shooting, another house on the street had Democratic political and LGBTQ signs on the front lawn, the affidavit states.

According to the arrest affidavit, officers found Georgette Kauffman’s body in the garage with the engine of the vehicle on and the driver’s side door was ajar. The document states after Alvarez shot Georgette made his way through the detached garage door and entered the backyard to the residence.

Alvarez then walked up a flight of stairs to an outdoor patio deck. He then attempted to make an entry into the residence, by checking the door but found the wrought iron door to be locked.

Daniel Kauffman heard a noise at the back door and believed it was his wife. Alvarez then fired a shot through the closed wrought iron door striking Daniel Kauffman, according to the document.

A Texas man ambushed and fatally shot Georgette Garcia-Kaufmann, a prominent El Paso lawyer, because her home displayed a pro-Joe Biden flag and he believed the victim was a “ pro-choice Jewish Satan worshipper.” #txlege https://t.co/TGBqAopL4o

Previous Bush Condemns Domestic Extremists In 9/11 Speech
Next DeSantis: Biden Is Having A “Hissy Fit” Over Vaccines