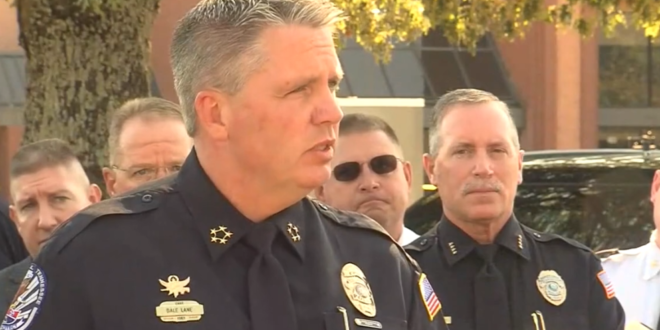 Authorities identified the suspected gunman Friday as UK Thang, 29, a third-party vendor for Kroger. Collierville Police Department Chief Dale Lane said in a press briefing Friday that a total of 15 people were shot, including 70-year-old Olivia King who died from her wounds, and are in stable condition. Ten of the victims shot were Kroger employees and five were customers, Lane said.

Lane confirmed that the suspected shooter was a lone gunman. He had some minor charges in his criminal history. “I believe misdemeanor arrests but nothing related to violence,” Lane said. He said that officials served a search warrant at the alleged shooter’s home at a local apartment complex Thursday evening, seizing electronics and other evidence. Police have not released a motive or said what type of gun was involved.