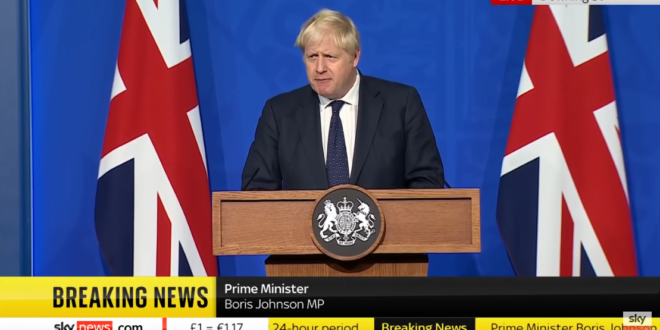 The British prime minister and his chief medical officer probably didn’t expect to be discussing the alleged testicular misfortune of the rapper Nicki Minaj’s cousin’s friend during a Downing Street news conference. But that’s exactly what happened.

Top doc Chris Whitty used his public platform to criticize Minaj for implying in a tweet that COVID vaccines could cause impotence, saying: “There are a number of myths that fly around, some of which are just clearly ridiculous and some of which are clearly designed just to scare. That happens to be one of them.”

He added that people who pedal such “untruths” should be “ashamed.” Boris Johnson then became involved, saying: “I am not as familiar with the works of Nicki Minaj as I probably should be. But I am familiar with Nikki Kanani, a superstar GP of Bexley who has appeared many times before you, who will tell you vaccines are wonderful and everybody should get them.”

Minaj, as is her wont, has already fired back with an audio message, complete with a mocking British accent.

🇬🇧 🇬🇧🇬🇧🇬🇧🇬🇧🇬🇧🇬🇧 send this to the prime minister & let him know they lied on me. I forgive him. No one else. Only him. 🙃 pic.twitter.com/ZmJ2sST8Es

Previous VIRAL VIDEO: Connecticut “Karen” Attacks US Sailor
Next BOOK: Trump Raged That Kevin McCarthy “Called And Pretended To Be My Best Friend, Then He Fucked Me”