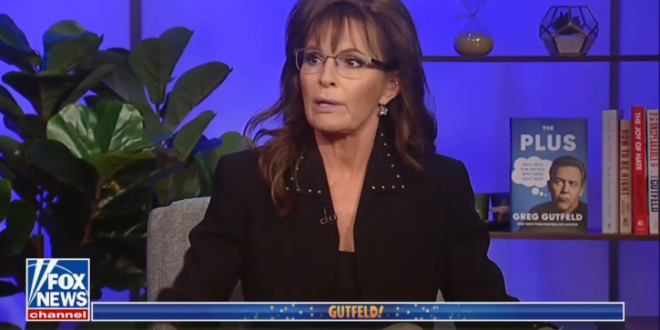 Palin: I’m Not Vaccinated Because “I Believe In Science”

Appearing on Gutfeld! Thursday, the former Alaska governor argued that she is making the scientifically sound decision by rejecting the inoculation received by, as of June, more than 96 percent of U.S. doctors. “I believe in the science and I have not taken the shot,” Palin said.

The 2008 Republican vice presidential candidate invoked Dr. Anthony Fauci as part of her argument, claiming that her natural immunity from having previously been infected with Covid-19 overrides the impact of the jab.

“The Fauci-ism of the day, back then, was if you’ve had Covid — I’ve had Covid — well then mother nature was creating an immunity,” Palin said. “And even today they say you’re 27 percent more immune—” “Twenty-seven times,” fellow guest Dr. Drew Pinsky interjected.

Sarah Palin Reveals She Has Not Gotten Vaccinated Because She Believes in Science https://t.co/CdzxoveWug