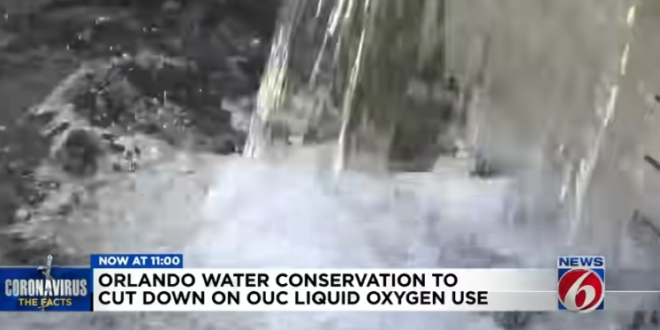 Orlando’s utility is barely able to get enough liquid oxygen needed to purify the city’s drinking water even as other urgent worries are peaking. “We are definitely not out of the woods,” said Tim Trudell, Orlando Utilities Commission spokesman.

“This could quickly turn,” said Wade Gillingham, OUC’s vice president for production of electricity and water.

Wade said that reserves of liquid oxygen at OUC water plants, where large tanks hold nearly a two-week supply, have dwindled so that deliveries are now “just in time.”