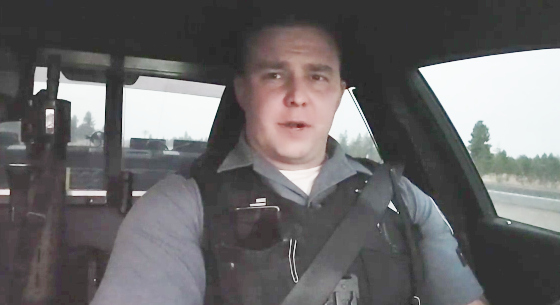 An Oregon trooper was placed on paid leave after he posted a video on Instagram saying he will defy the liberal state’s vaccine mandate for government workers. “I swore an oath to uphold the Constitution of the United States, to protect the freedom of the people who pay my salary,” Zachary Kowing, 29, said. “I do not work for my governor but for them.”

“I have personal and religious reasons as to why I will not take the vaccine, as well as the freedom to choose not to,” he said in the video, which was filmed in his patrol car. Kowing, who identified himself in the video as a Christian, husband, father and a police officer, was placed on leave Wednesday, his attorney, Dan Thenell, confirmed to Oregon Live.