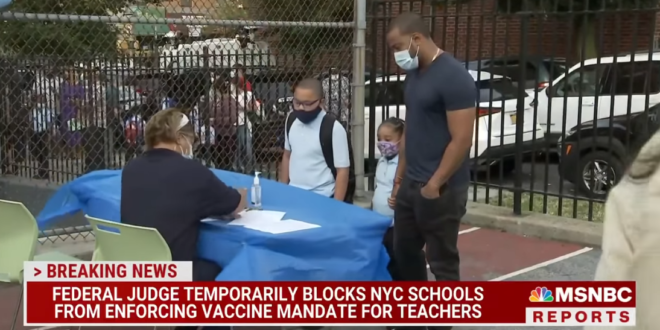 A new roadblock could put New York City’s vaccine mandate for schools in jeopardy as it closes in on Monday’s deadline. A federal appeals court has temporarily delayed the city from implementing its vaccine requirement for public school employees.

The temporary restraining order was granted by a judge on the federal government’s Second Circuit Court of Appeals on Friday night.

The case will now go to a three-judge federal panel, which agreed Saturday to expedite the argument over the city’s vaccine mandate for public school teachers and staff. A hearing is now set for Wednesday at 10 a.m. two days after the mandate was supposed to have taken effect. The temporary block remains in effect pending the outcome of the hearing.

JUST IN: Hearing over NYC’s school vaccine mandate set for Wednesday, 2 days after order was to take effect https://t.co/xOQZbN06zu