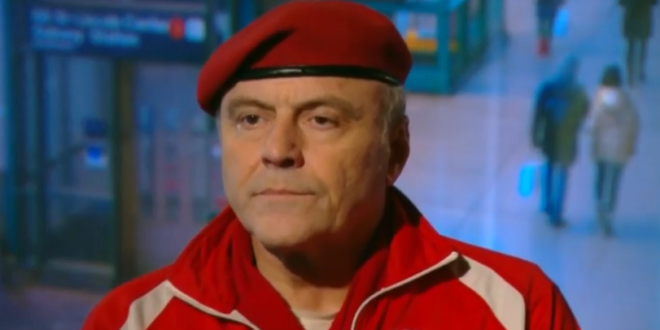 Republican mayoral candidate Curtis Sliwa has paid more than $11,000 to a campaign consultant who’s made statements supporting the far-right Proud Boys, one of the groups that played a central role in the Capital insurrection that left five dead.

Gavin Wax, who in 2018 wrote an article entitled “We are all Proud Boys Now,” has so far raked in $11,041 from Sliwa’s mayoral campaign for his work as a political consultant.

Sliwa is no stranger to controversy and political theater. He’s the founder of the Guardian Angels, a vigilante/neighborhood watch group, and admitted in 1992 to staging hoaxes to gain publicity for it.

Read the full article. Among the hoaxes staged by Sliwa was faking his own kidnapping and accusing three NYC transit cops of having kidnapped him.

Sliwa and his wife live in a studio apartment with 16 cats. According to a New York Times reporter, “The apartment did not smell bad.”

Sliwa last appeared on JMG for attending anti-mask protests and for staging a ceremonial burning of face masks. For the burning ceremony he hired the 70s disco act The Trammps to sing “Disco Inferno.”