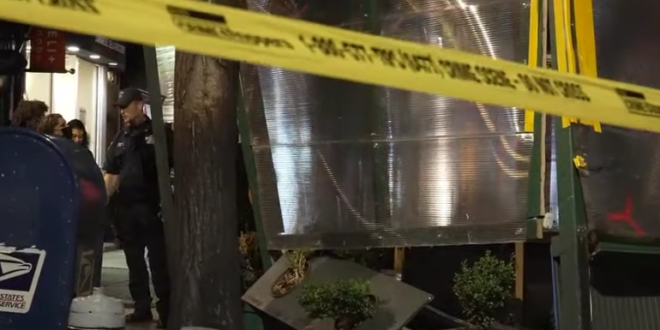 A Department of Sanitation truck struck an outdoor dining shed, dragging it about ten feet with diners inside. The incident happened at Bar Six, located at West 13th Street and Sixth Avenue, around 6:30 p.m. during dinner service.

A police spokesperson said the 30-year-old driver was backing up the vehicle, after collecting some trash on the corner of the block, when he “accidentally backed into the outdoor dining structure causing property damage.”

Two people who were dining inside of it at the time got taken along for the ride, according to police. Police say that no one was injured in the incident, and no summonses were issued.

“It was shocking, definitely felt like an earthquake, seeing a structure drag across the street,” said Anna Socolof, a manager at Bar Six, after a garbage truck collided with the bar’s dining shed. No one was injured in the incident. https://t.co/rAy711u2Be