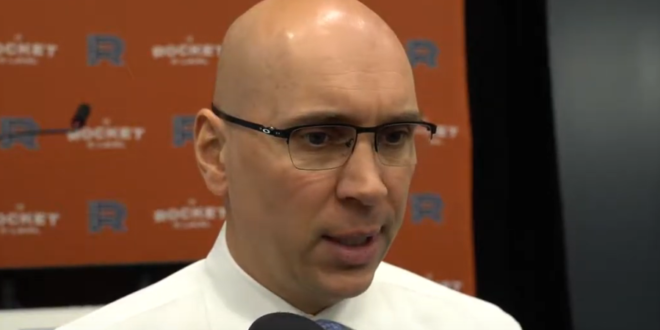 From the Columbus Blue Jackets:

Lefebvre has decided not to receive a COVID-19 vaccine and thus will not be able to perform the duties required of him given current NHL protocols. “While we are disappointed, we respect that this decision is a personal one for Sylvain and wish him well,” said club General Manager and Alternate Governor Jarmo Kekalainen.

“We feel fortunate to have an outstanding coach join our club in Steve McCarthy, who has played in this league, won championships as a player and been an important member of our hockey operations department as an assistant coach in Cleveland.”

An NHL assistant coach has had his newly-signed contract with the Columbus Blue Jackets terminated over his decision not to get a Covid-19 vaccine, according to a representative for the team. https://t.co/TLCibfaevA

Previous BOOK: Top General Took Secret Action To Protect US Nuclear Arsenal From Being Used By “Crazy” Trump
Next Britain To Offer Vaccine Boosters To Those Over 50