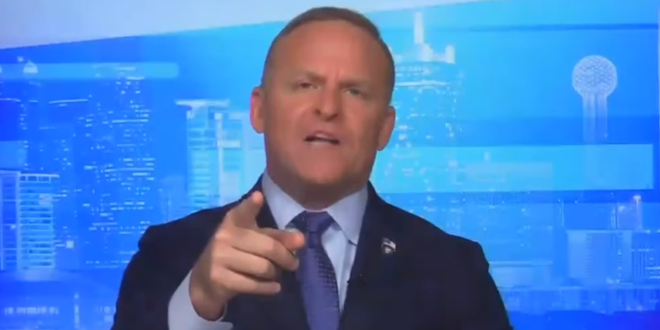 A Newsmax host on Wednesday screamed at a guest on his program after the guest suggested both President Biden and former President Trump’s administrations are to blame for the crisis in Afghanistan.

The guest, Joe Saboe, is an Iraq War veteran and founded Team America, an organization aiming to help Americans, allies of the United States and other vulnerable Afghans escape the war-torn country since the Taliban took control last month.

As Stinchfield attempted to end the segment, Saboe rebuffed him, saying: “With all due respect, veterans, being one and our friends are over there, we followed this closely for multiple administrations.”

At that moment, Stinchfield claimed he was “low on time” and once again moved to terminate the segment. Saboe kept on speaking though, which caused Stinchfield to repeatedly shout “Cut him off now!”

“You’re not gonna blame this on President Trump on my show!” He exclaimed. “Don’t come on this program and take the talking points of the left and blame President Trump! That’s not helping anybody!”

Stinchfield concluded by shouting that “the Biden administration screwed this up from the very start,” and he also took some parting shots at Saboe for disagreeing with his “hostage situation” commentary.

Watch Newsmax host cut the feed and scream at a veteran guest for offering a mild critique of Trump pic.twitter.com/xozk1f5kzH