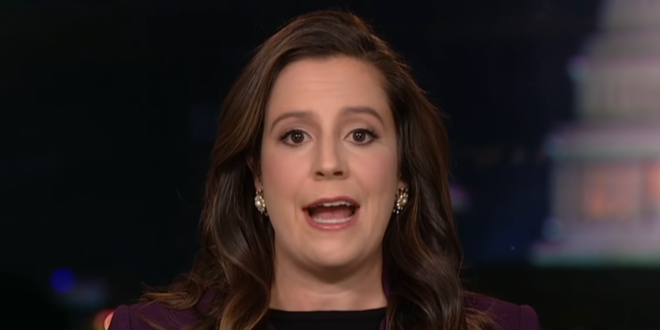 New York Rep. Elise Stefanik, the third-ranked Republican in the House, began running a series of campaign ads on Facebook on Wednesday invoking a racist conspiracy theory that falsely alleges that immigrants are being invited to the United States to replace white voters.

The campaign for Stefanik, who is up for reelection in November 2022 for New York’s 22nd Congressional District, is promoting ads that read:” Joe Biden, Kamala Harris, and Nancy Pelosi are attempting to flood our voter roles with 11 MILLION NEW VOTERS by giving illegal immigrants amnesty.”

The ads also invoke the conspiracy theory known as “the great replacement,” which the Anti-Defamation League has defined as “the hateful notion that the white race is in danger of being ‘replaced’ by a rising tide of non-whites.”