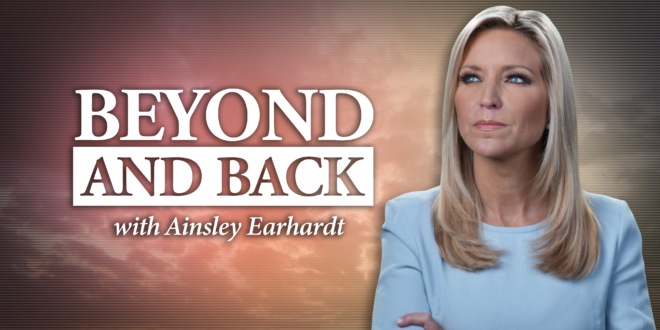 As the Fox News Channel approaches its 25-year anniversary, a fixture at the network, Ainsley Earhardt, is taking a look into the great beyond with her new series, “Beyond and Back.”

The current co-host of the No. 1 morning show in cable news, “Fox & Friends,” is a professing Christian who is very vocal about her faith and its role in her everyday life. She launched the new series on Fox Nation to uncover intriguing stories of both believers and non-believers who can’t explain how they survived death.

Each story is beyond scientific explanation. The five-part series begins with the first episode, “Proof of Heaven.” It tells the story of a man of science (a neurosurgeon) who did not believe in the afterlife until his own experience with the “beyond.”

Read the full article. It appears that the full five episode series is now available for streaming with a Fox Nation subscription.

“She tasted heaven.” Hear the gripping stories of those who have had near-death experiences and how those events changed the trajectory of their lives forever. Watch the new original series, ‘Beyond and Back’ hosted by @ainsleyearhardt, now on Fox Nation. https://t.co/wlcNgdwBxF pic.twitter.com/Lll8zhJvZY

Is there life after this? @ainsleyearhardt hears the captivating stories of those who have crossed over into the afterlife, were lifted into Heaven and were then brought back to life here on Earth. Watch ‘Beyond and Back’ here now on Fox Nation. https://t.co/4YPoixz9U7 pic.twitter.com/hgeF5nXh6p

Previous Charlie Kirk Calls For Deputizing “Citizen Patriots:” Put Them On The Border To Defend “White Demographics”
Next QAnon/GOP Rep Paid Her Rent With Campaign Funds