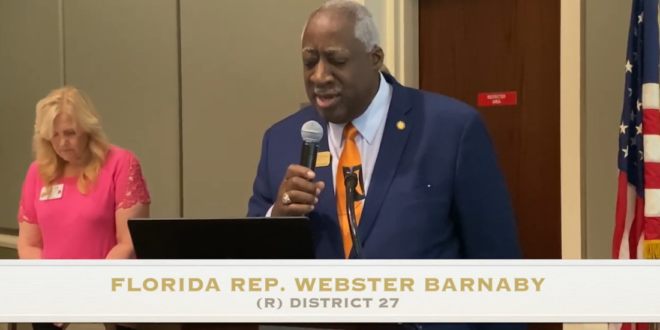 A Florida Republican lawmaker has filed a bill that would ban abortions after six to eight weeks and allow members of the community to sue doctors for terminating pregnancies in what may be the first effort to mirror a similar new law in Texas.

The bill by state Representative Webster Barnaby would ban abortions after regular cardiac contractions are detected in an embryo, known as a fetal heartbeat even though the heart has not yet developed, about six to eight weeks into pregnancy. That is before many women know they are pregnant.

The League believes every person deserves the access and privacy to make their own reproductive choices. We must continue to fight for true reproductive justice. https://t.co/LkxiT9mji1