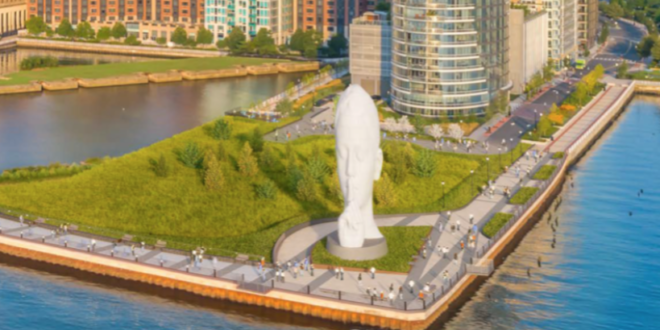 The Newport sculpture is Plensa’s second major, permanent installation in the New York area. Another of his works — “Voices” — can be found at 30 Hudson Yards in New York. “It is my wish for Water’s Soul to become an icon for Newport and a landmark that visually connects it with New York City across the Hudson River,” said Plensa.

“Just as Water’s Soul acts to unite the City of Jersey City and New York City, we are reminded that water is the great public space that unites and embraces communities as well as people around the world.”

Water’s soul
A sculpture by Jaume Plensa in NY pic.twitter.com/DtmqwEbyNr