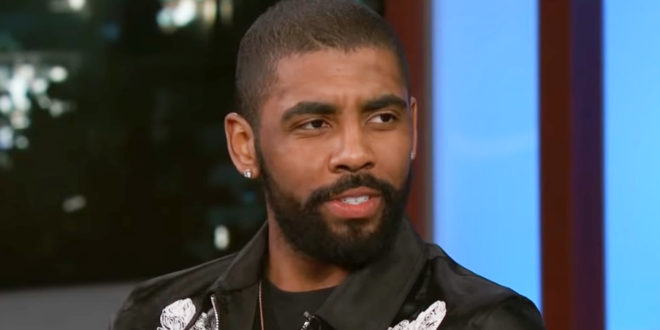 NBA: No Pay For Unvaxxed Players Who Miss Games

NBA players may not be able to play in certain games this season if they choose not to get the COVID-19 vaccine. According to the league, players who are unable to play due to vaccination status will not receive their game checks.

Many have been wondering what will happen in New York City and San Francisco, where unvaccinated individuals currently are not allowed inside sports arenas, indoor restaurants and other venues.

NBA spokesman Mike Bass said Wednesday that if unvaccinated players cannot play in games in those cities, they will not be paid.

Read the full article. Photo above is Brooklyn Nets star Kyrie Irving. See my post about his vaccine craziness here.

In response to an inquiry about what will happen to players who miss games due to executive orders governing vaccinations in NYC & SF, NBA spokesman Mike Bass said, “Any player who elects not to comply with local vaccination mandates will not be paid for games that he misses.”

Mayor Bill de Blasio urged Brooklyn Nets player Kyrie Irving to get vaccinated after the player dodged questions about whether he’d be able to comply with NYC mandates at sports venues https://t.co/L6okJGTyfq pic.twitter.com/9RNr6oMmGX