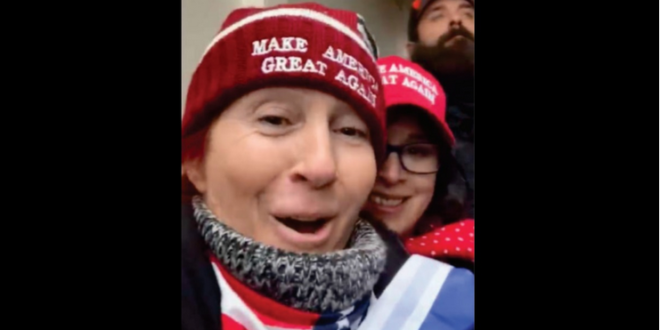 A Pennsylvania woman who stormed the US Capitol on January 6 and said she had been looking for Nancy Pelosi “to shoot her in the friggin’ brain” pleaded guilty Tuesday to a low-level misdemeanor for unlawfully protesting on restricted grounds.

Doylestown gym owner Dawn Bancroft entered the guilty plea in DC District Court and was immediately dressed down by a federal judge, who called the violent rhetoric caught in a video selfie “disturbing.”

“That’s really troubling. It’s horrible. It’s outrageous,” District Judge Emmet Sullivan said, before turning his attention to federal prosecutors and asking, “Does it not rise to the level of a threat?”

January 6 rioter who said she looked for Pelosi “to shoot her in the friggin’ brain” pleads guilty to misdemeanor for illegally protesting https://t.co/n0A6BA3Itb

Capitol Rioter Recorded Herself Saying ‘We Were Looking’ for Nancy Pelosi to ‘Shoot Her in the Friggin’ Brain’: DOJhttps://t.co/E48bt6ulBU

“We broke into the Capitol…we got inside, we did our part. We were looking for Nancy to shoot her in the friggin’ brain but we didn’t find her.” — Dawn Bancroft, arrested in Pennsylvania today, along with Diana Santos-Smith. pic.twitter.com/8uDSehLC7q