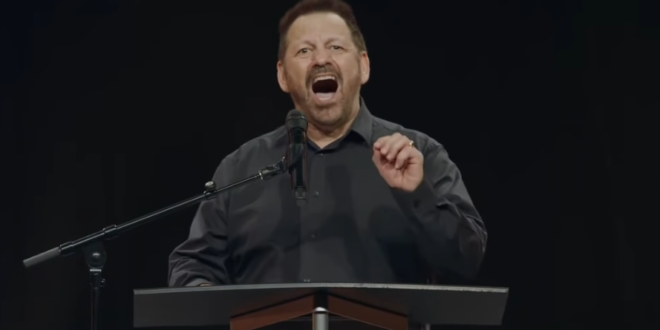 Megachurch Pastor: God Is About To Send Down A Righteous Fire To Burn Out America’s Atheists [VIDEO]

“Because there is a God that answers by fire. I’m gonna try it again and see what’s happened. God is saying, it’s our turn now!” – Megachurch Pastor Mario Murillo, earning a wild ovation from the arena.

Right-wing preacher Mario Murillo declares that God is going to burn away America’s atheism, “wokeism,” and communism: “The judgment on those who would destroy America is coming!” pic.twitter.com/CPN4JKRj4n