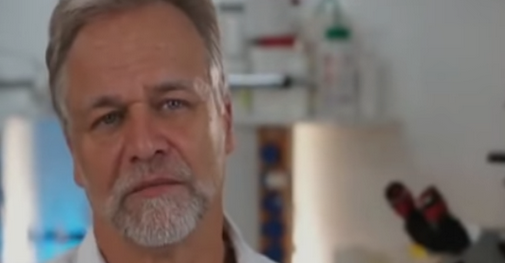 The investigation was launched after the August 2020 death of a five-year-old boy in Neuquen, western Argentina, of multiple organ failure consistent with chlorine dioxide poisoning. The child’s parents believed, on the basis of misinformation spread by Kalcker and others, that the substance had the power to ward off COVID-19.

The charges are unrelated to “bleach church” founder Mark Grenon, who claims that Trump consumed his product. Trump publicly suggested using “disinfectant” to treat COVID just days after Grenon reportedly sent him a letter touting bleach. Grenon was arrested by the DOJ in July 2020.

Authorities in Argentina have confirmed to me that Andreas Kalcker, leader of a toxic bleach ‘miracle cure’ movement, is facing criminal charges. The investigation was launched after a boy, 5, was killed by taking the bleach. #misinformation https://t.co/g4pAlhLq3D