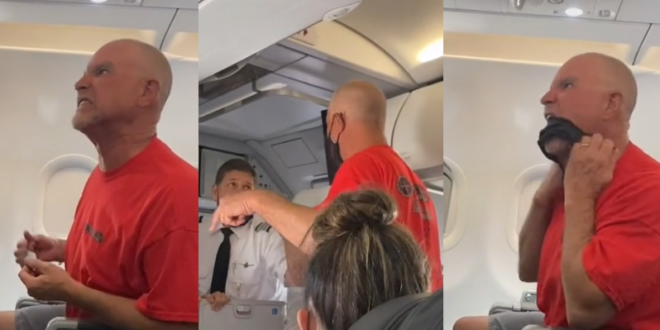 A man was arrested after an outburst on a flight landing at Salt Lake City International Airport on Monday. According to a passenger who posted videos of the outburst on social media, the incident happened on an American Airlines flight from Los Angeles into Salt Lake City. In one of three videos, the man is seen yelling at one of the members of the flight crew in the front of the plane. In another video, he appears to be growling as he places his face mask inside his mouth.

The man was cited for public intoxication. As you’ll see in the clip, there’s a rather Walking Dead moment at the beginning.

@funnydennyGod bless flight attendants and pilots for what they have to deal with. #kevin #americanairlines #lax #slc #meltdown #flightattendant #labourday

Previous Proud Boys Leader Surrenders For Sentence At DC Jail
Next Graham: Democrats Are Paying People Not To Work