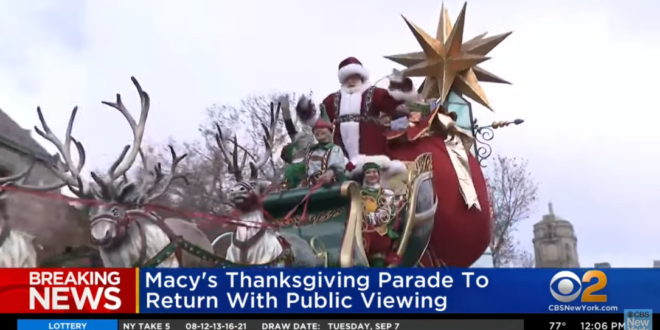 The Macy’s Thanksgiving Day Parade is back this year, with precautions. The City of New York and Macy’s made the announcement about the parade’s return on Wednesday.
This is the parade’s 95th year. Last year’s celebration was made for TV only, but this year’s parade will include spectators and march on the streets of Manhattan on Thursday, November 25 beginning at 9 a.m. On Thanksgiving Day.

Following the most up-to-date health guidelines, the City of New York will manage public viewing locations and safety procedures along designated portions of the route with access details to be announced. All volunteer participants and staff will be vaccinated. Macy’s will implement a reduction in the overall number of participants of between 10 to 20 percent (approximately 800 to 1,600 participants).