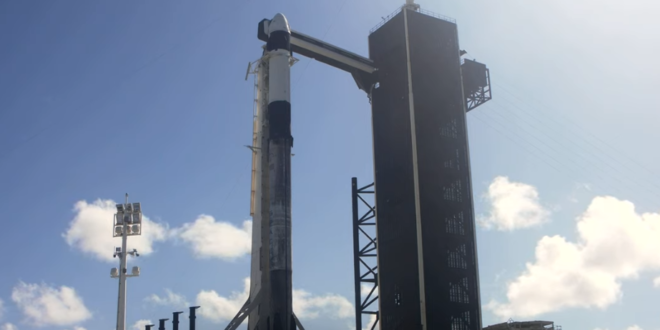 SpaceX is set to launch the first fully private crew of passengers to orbit on Wednesday. The Inspiration4 crew, three ordinary people and a billionaire philanthropist who’s funding the mission, will board SpaceX’s Crew Dragon capsule on Wednesday afternoon and lift off at 8:02PM ET atop a Falcon 9 rocket, speeding toward an orbit 360 miles above the ground — farther from Earth than the International Space Station.

If all goes according to plan, the mission will mark a new milestone in the budding commercial space industry, where companies owned by billionaires like Elon Musk and Jeff Bezos have been racing to normalize space travel for people other than government astronauts. The mission also aims to raise $200 million for St. Jude Children’s Hospital to help fund cancer research.

Flying into space will be billionaire Shift4 Payments founder Jared Isaacman (who booked the mission and paid for all the seats); physician assistant Hayley Arceneaux; geoscientist, analog astronaut and science communicator Sian Proctor; and engineer Chris Sembroski. Arceneaux came on board through a personal invitation from Isaacman, while Proctor and Sembroski won Inspiration4-related contests.

The SpaceX Crew Dragon capsule launching Wednesday will also include a few unique items, such as a ukulele that Sembroski will play in space, and a never-before-released performance of “Time in Disguise,” a song from the rock band Kings of Leon. The performance is going into orbit as a non-fungible token (NFT), which is a virtual item that can be sold on certain marketplaces. The crew also plans to fly 50 art NFTs from 50 different artists.