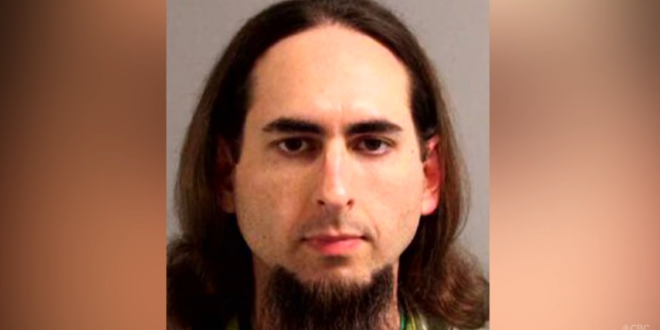 A man who killed five employees of Maryland’s Capital Gazette newspaper in 2018 was sentenced Tuesday to spend the rest of his life in jail, prosecutors say. Jarrod Ramos was sentenced to five life sentences without parole, plus one life sentence, plus 345 years, according to Anne Arundel County State’s Attorney spokesperson Tia Lewis.

All sentences will run consecutively, the state’s attorney’s office said. Ramos walked into the Capital Gazette offices in June 2018 and opened fire, killing five staffers. Two others were injured. A jury on July 15 found that Ramos was criminally responsible for the attack, rejecting his plea of insanity.

After a 12-day trial in July, a jury took less than two hours to reject arguments from Ramos’ attorneys that he could not understand the criminality of his actions. The jury found him criminally responsible for killing Wendi Winters, John McNamara, Gerald Fischman, Rob Hiaasen and Rebecca Smith.

Prosecutors contend Ramos, 41, acted out of revenge against the newspaper after it published a story about his guilty plea to a misdemeanor charge of harassing a former high school classmate in 2011.

Prosecutors said his long, meticulous planning for the attack — which included preparations for his arrest and long incarceration — proved he understood the criminality of his actions.

The man who stormed into the newsroom of a community newspaper chain in Maryland’s capital in 2018, killing five staff members, was sentenced on Tuesday to more than five life terms without the possibility of parole https://t.co/ME92294T9a