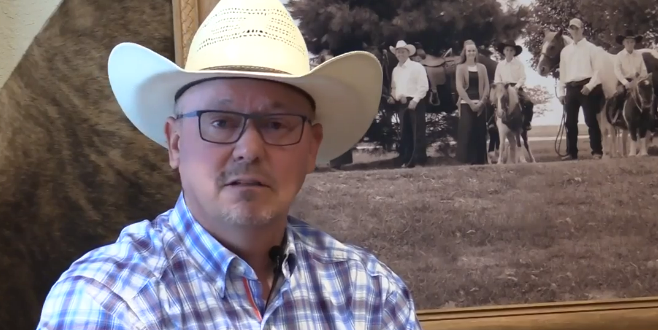 Missouri state parks officials have removed an exhibit documenting the LGBT rights movement in Kansas City from the state capitol after complaints from a legislative staffer. The exhibit, titled “Making History: Kansas City and the Rise of Gay Rights” was on display at the Missouri State Museum, which is housed in the first floor of the state capitol.

It consisted of banners, curated by UMKC history students, that recount the activism of the local LGBT community, including a focus on 1950s gay rights groups known as homophile organizations. It had gone up just four days ago, said state Sen. Greg Razer, a Kansas City Democrat and the only openly gay member of the senate. On Thursday, it was gone.

From the Facebook page of Uriah Stark, aide to GOP state Sen. Mitch Boggs [photo above]:

So is there any good reason that our taxpayer funded museum is pushing the LGBT agenda in our state capitol? These are literally in-your-face banners that you can’t walk through the museum without seeing and they’re scheduled to be there through December. To clarify, the Missouri State Museum, which is under the Department of Natural Resources, is responsible for allowing this.

Update on pro LGBT “history” exhibit. Thanks to the efforts of several of our great elected officials, the exhibit has been removed from the Missouri State Museum! To God be the glory! Shoutout to Rep. Ann Kelley and Rep. Brian Seitz for taking the bull by the horns! I also spoke with multiple other elected officials who were ready and willing to take action, thank you all for standing for traditional family values!

The exhibit was scheduled to run for 12 weeks. It was removed after four days. Stark’s Facebook page includes pro-Trump and “Stop The Steal” memes. Turn on your gaydar before clicking on the video.