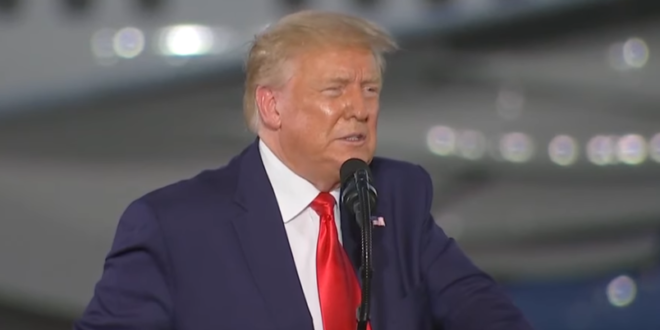 A $100 million loan on Donald Trump’s Fifth Avenue tower was moved to a watch list Monday because of “lower average occupancy,” according to information compiled by Wells Fargo & Co.

The debt, sponsored by the former president himself, is secured by the 244,482 square feet (22,700 square meters) of office and retail space in Trump Tower. The loan, which matures next year, is just one piece of the more than $590 million of debt held by the Trump Organization that comes due within the next four years.

More than half of that is personally guaranteed by Trump.Revenue from the property was $33.7 million in 2020, according to the loan documents. In the first quarter of 2021, it was $7.5 million.