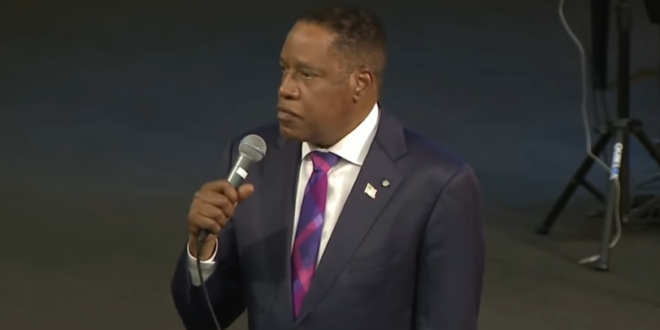 On a July 18 episode of Prager University’s “The Candace Owens Show,” Larry Elder said an argument could be made that slave owners were owed reparations after the Civil War because slavery was legal and their “property” had been taken.

“When people talk about reparations, do they really want to have that conversation? Like it or not, slavery was legal,” Elder said.

BREAKING: Larry Elder called for SLAVE OWNERS to get reparations in newly unearthed footage by @RzstProgramming. Share this everywhere and remember to VOTE NO on the recall! pic.twitter.com/mdyH68jc8m