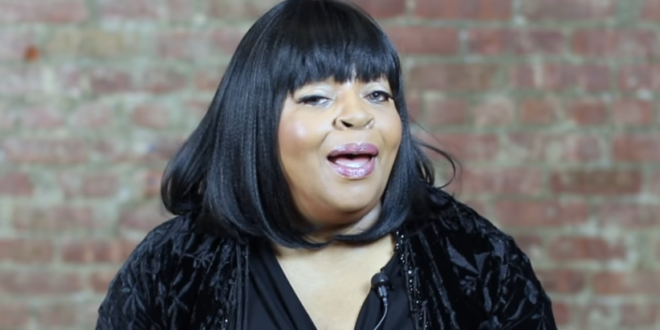 Sarah Dash, a co-founder of pioneering R&B/rock group Labelle of “Lady Marmalade” fame, died Monday (Sept. 20). She was 76. “We were just onstage together on Saturday [Sept. 18] and it was such a powerful and special moment,” group namesake Patti LaBelle said in a statement sent to Billboard.

Born Aug. 18, 1945 in Trenton, N.J., Dash created a vocal duo called the Capris before relocating to Philadelphia in the mid-‘60s. It was there that she teamed up with Nona Hendryx, Patti LaBelle (neé Patricia Holte) and Sundray Tucker as members of a quartet called The Ordettes.

When soon-to-be Supremes member Cindy Birdsong replaced Tucker, the group changed its name to The Bluebelles in 1962. After another moniker switch to Patti LaBelle and the Bluebelles, the group garnered attention with R&B ballads.

After Labelle broke up in 1976, Dash began a solo career that spanned four albums over the next decade. She then established herself as a session singer, recording with the O’Jays, Nile Rodgers, the Marshall Tucker Band, and David Johansen.

She wrote music with Keith Richards, and toured with the Rolling Stones. When Labelle reunited in 1995 for “Turn It Out” (from the To Wong Foo, Thanks for Everything! Julie Newmar soundtrack) it hit No. 1 on the dance charts. She would record one final album with Labelle: Back to Now in 2008.

No cause of death has been disclosed.

I’m saddened to hear of the passing of my peer and fellow New Jerseyan, @SarahDash. We have lost yet another great talent. My heartfelt condolences to her family, friends & fans. 🙏🏾🎶🕊 pic.twitter.com/gLshtZrxQV

The high soprano of the Bluebelles aka The Sweethearts of the Apollo, the Sexy one of Labelle, Aretha’s fave… Miss Sarah Dash 🕊 pic.twitter.com/gCb7fQeF9T

Rest well my friend #SarahDash. Your kind spirit and words will always have a special place in my heart. You will be missed 🕊🕊🕊❤️❤️❤️ pic.twitter.com/VggIuP2P3w

The Universe seems a little less bright today because God just chose one of His brightest stars to be with Him.
Ms Sarah Dash, you will always shine in our hearts and your phenomenal voice will remain to brighten our lives forever. pic.twitter.com/tIYZ1jM51r

Such a sudden, devastating loss! My friend, Ms Sarah Dash now sings with the angels💔 pic.twitter.com/uqxNMNv5Ob