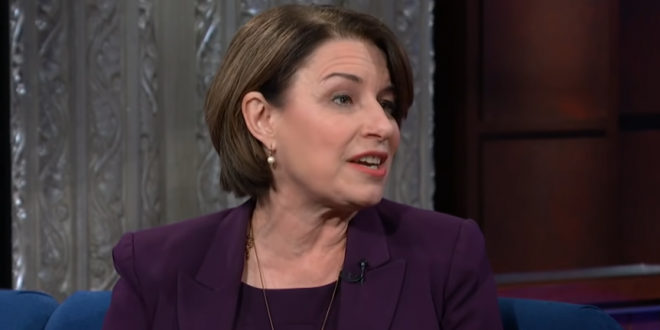 Klobuchar: End The Filibuster To Save Abortion Rights

Klobuchar said Sunday ending the filibuster would be key to the bill’s slim chances of clearing the Senate. The big picture: Klobuchar said she “hoped” the conservative-tilted Supreme Court would not overturn Roe v. Wade, but noted that it can take years for a case to wind up before the Supreme Court, which is why she aims to have the Senate codify it.

Sen. Amy Klobuchar said the Senate should abolish the filibuster in order to protect abortion rights:

“I do not believe an archaic rule should be used to allow us to put our heads in the sand.”https://t.co/40ZbqDElZP

Sen. Amy Klobuchar says the Senate should abolish the filibuster in order to codify abortion rights after the Supreme Court allowed Texas’ restrictive anti-abortion law to stand: “Now and over the next years, we just will get nowhere if we keep this filibuster in place.” pic.twitter.com/7ZexK03wdp