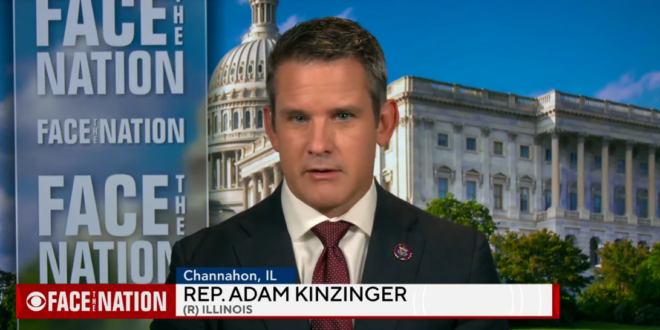 Adam Kinzinger: Biden’s Vax Mandates Will Save Lives, Some Republicans Are Just “Playing On People’s Fears”

“I think it’s going to save lives. And the failure here comes in leaders that have basically used vaccine status as some tattoo of what political tribe you belong to. I mean, we all hear stories of people that are in very red areas that are embarrassed to say they’re vaccinated.

“That is insane and silly. And that is a problem with leaders, particularly Republican leaders, that don’t stand up and give cover to people.

“There are some Republican members of Congress and stuff putting out fundraising after fundraising email about first, it’s going to be a vaccine mandate, next thing, the Gestapo’s going to show up at your door and take your bible away.

“Like, that’s not going to happen and that’s playing on people’s fears.” – GOP Rep. Adam Kinzinger, speaking today on CBS’ Face The Nation.