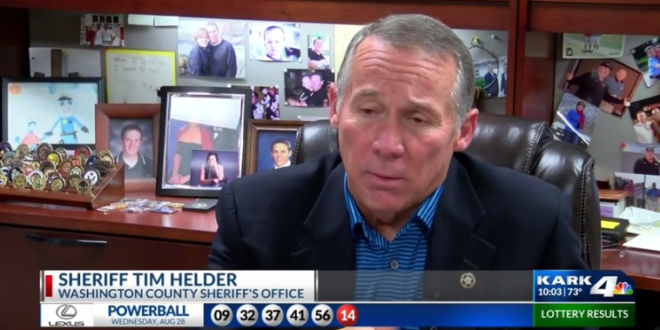 Inmates Weren’t Told They Were Getting Dewormer

Several inmates at a northwest Arkansas jail said they weren’t told a medication they were given to treat COVID-19 was actually an anti-parasite drug that federal health officials have warned should not be used to treat the coronavirus.

Three inmates at the Washington County jail told The Associated Press they didn’t know they were being given ivermectin until its use at the facility was revealed last week.

The inmates’ comments contradict assertions by the sheriff and the jail’s physician that the use of the drug was voluntary. The drug’s use at the jail has prompted an investigation by the state Medical Board.

Several inmates in an Arkansas jail say they were given the anti-parasite drug ivermectin instead of COVID medication, without their knowledge.

Health officials warn the drug should not be used to treat COVID.https://t.co/VypwmZPlEK

Previous Cops And Firefighters Sue OR Gov Over Vax Mandate
Next Axios: Trump Near Deal To Sell Washington DC Hotel