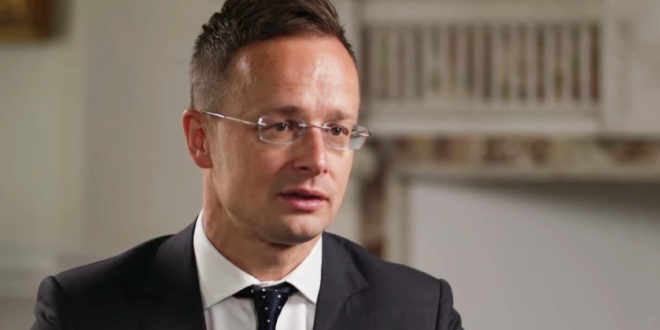 In an interview Thursday with The Associated Press on the sidelines of the U.N. General Assembly’s meeting of world leaders, Foreign Minister Peter Szijjarto said his country would not cede ground on policies that have caused the European Union to impose financial penalties and start legal proceedings against it over violations of the bloc’s values.

Topping the list of contentious government policies: a controversial Hungarian law that the EU says violates the fundamental rights of LGBT people.

That led the EU’s executive commission to delay billions in economic recovery funds earmarked for Hungary — a move Szijjarto called “a purely political decision” and “blackmail.” The law, he says, is meant to protect children from pedophiles and ”homosexual propaganda.”

THE AP INTERVIEW: Hungary is becoming a haven for American conservative thinkers because of its approaches to migration and LGBT issues. But its partners in Europe aren’t too pleased. @jspikebudapest sits down with the foreign minister. https://t.co/jH1jPc41p4