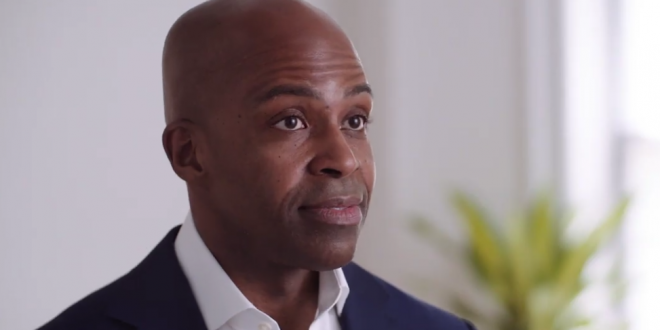 Alphonso David, the president of the Human Rights Campaign, the nation’s largest L.G.B.T.Q. advocacy organization, was ousted by the group’s board on Monday night over a report revealing that he had advised former Gov. Andrew M. Cuomo on how to handle sex harassment allegations.

Mr. David, the group’s first Black president, was terminated “for cause” in separate votes by the boards of the Human Rights Campaign and its affiliated foundation after the two boards held a joint meeting. Beyond two abstentions from the foundation board, the votes were unanimous.

Mr. David, who had worked as a lawyer in Mr. Cuomo’s office, was identified in the James report as involved in efforts to undermine Mr. Cuomo’s first accuser, Lindsey Boylan. Despite no longer working there, Mr. David had a memo in his possession containing confidential information about Ms. Boylan’s employment history.

His dismissal was announced by the co-chairs of HRC’s board, Morgan Cox and Jodie Patterson, in a statement that said that his actions in assisting Cuomo’s teams had violated the campaign’s mission.

It also accused David of making statements that included “significant untruths” about the investigation and his role in the organization.

“At HRC, we are fighting to bring full equality and liberation to LGBTQ+ People everywhere. That includes fighting on behalf of all victims of sexual harassment and assault,” the statement said.

David, who was Cuomo’s chief counsel from 2015 to 2019, responded Monday with a statement saying the group’s board had “unjustly” provided notice of termination and vowed to bring a legal challenge. “As a Black, gay man who has spent his whole life fighting for civil and human rights, they cannot shut me up,” he said.

In a statement earlier Monday, he said the group’s co-chairs had asked him to resign but “didn’t offer a shred of evidence of any wrongdoing on my part when I asked repeatedly.” Referring to the document he helped draft, he said in a statement Sunday that he had a “legal obligation” to provide it to Cuomo but then spoke out against it.