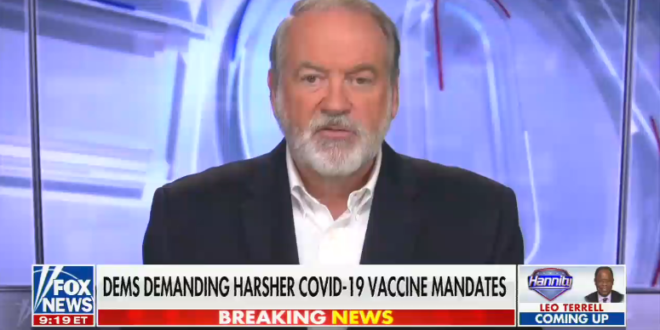 “Here’s the thing. When my mother wanted me to eat spinach, she didn’t try to tell me about the virtues of vitamin E. She told me Popeye ate spinach and I’d be strong like he was.

“Joe Biden needs to tell us the benefits rather than scaring the daylights out of us or boring us to death with a bunch of stuff where he says ‘follow the science.’ He’s not following the science, Sean.

“If he was, he would be saying to Congress, “You guys have to mandate your own vaccines.” They don’t. And the reason? Because they think when they eat beans, they don’t produce gas.

“So they ask the rest of America to do something we don’t have to do when we are sick of it.” – Mike Huckabee, last night on Sean Hannity’s show.