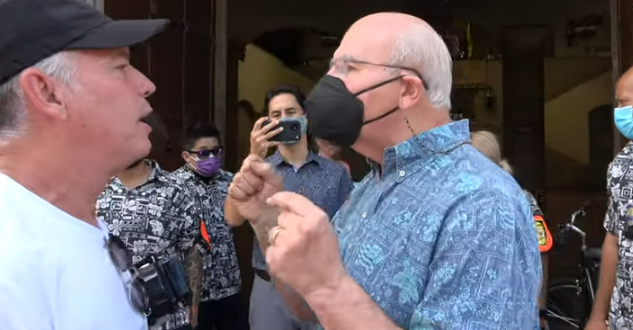 The scene outside Honolulu Hale turned hostile as anti-vaccination and anti-mask protesters demanded a meeting with Mayor Rick Blangiardi on Wednesday.

A video circulating on social media shows Blangiardi snapping at a man during the demonstration orchestrated by Aloha Freedom Coalition, a group that describes itself as an advocate for personal freedoms.

The mayor verbally clashed with protesters after a woman falsely claimed that the FDA has recalled all polymerase chain reaction (PCR) tests, and asked him why they are still being used in Hawaii.