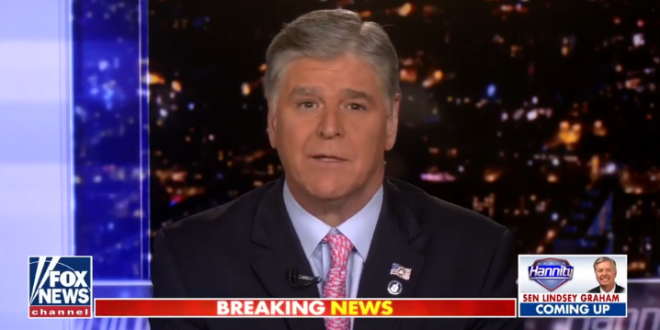 Hannity: You Can’t Call Yourself A Republican If You Support Raising Debt Ceiling (Raised 3X Under Trump)

“The Democrats own the House and the Senate and the White House. No Republican should be a part — they’re not going to let you in on the negotiations. This is a partisan spending bill, the likes of which this country has never seen. You cannot call yourself a conservative or even a Republican and work in conjunction with the Democrats and support this bill or raising the debt ceiling, which allows them to spend the money that they want to allocate in this bill.” – Sean Hannity, on today’s radio show.

The debt ceiling is relevant to paying PAST bills (under Trump), not future bills (under Biden). So the Republicans are refusing to pay the bills they are responsible for creating.

Reminder: Republicans helped raise the debt ceiling before they cut taxes for the ultra-wealthy under Trump.

So @LeaderMcConnell leads his caucus to unanimously oppose the debt ceiling increase he passed 3X under Trump, while he was adding $8 trillion in debt.
And in the House, @GOPLeader is whipping his troops against a bipartisan infrastructure bill, passed by 67 senators.

Let’s not overcomplicate this:

Republicans passed a $2 trillion tax cut for billionaires and corporations.

And now they’re refusing to pay for it.

Previous House Panel Subpoenas 11 Pre-Riot Rally Organizers
Next Dee Snider: “By 2022, All Anti-Vaxxers Will Have Died”