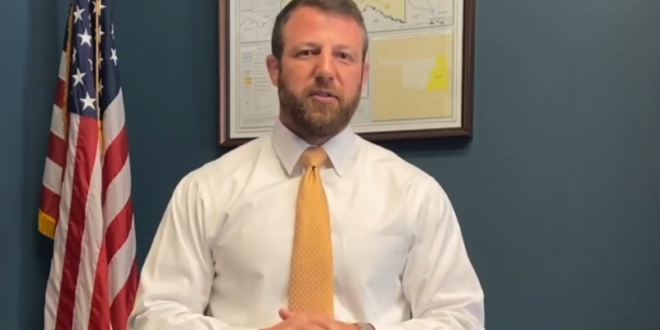 The call to the U.S. ambassador to Tajikistan came in Monday. On the line, two U.S. officials said, was Rep. Markwayne Mullin (R-Okla.) with an unusual and urgent request: He needed assistance in transporting a huge amount of cash into the country, saying he was going to neighboring Afghanistan to rescue five American citizens, a woman and her four children, stuck in the country. They planned to hire a helicopter for the effort.

The answer was no. Embassy officials told Mullin they could not assist him in skirting Tajikistan’s laws on cash limits on his way to visiting one of the most dangerous places on earth. Mullin was outraged by the response, the officials said — threatening U.S. ambassador John Mark Pommersheim and embassy staff and demanding to know the name of staff members he was speaking with.

Read the full article. Yes, it is wild. And stupid. Mullin, a former MMA fighter, was among the House Republicans who voted to overturn the election.

A wild scoop: A GOP lawmaker has been trying to travel to *Taliban-controlled Afghanistan* in a rogue evacuation mission despite efforts by the Pentagon & State Dept to discourage him. Officials are unsure of his current whereabouts. From @tylerpager & me https://t.co/MpieNxGNTU

Wild story: A Republican congressman has been asking US diplomats for help moving large amounts of cash to fund an amateur helicopter rescue mission into Taliban-controlled Afghanistan.

Now his whereabouts are unknown. https://t.co/JYFeDjb9dO

The office of @RepMullin just put out this statement following this amazing @tylerpager @John_Hudson scoop about his Rambo/Jack Ryan attempt to enter Afghanistan:

“Congressman Mullin has been and is currently completely safe.”https://t.co/rfsQrLy9ws

Oklahoma Republican Markwayne Mullin has tried *twice* to travel to Afghanistan in as many weeks for unauthorized evacuation efforts.

In both instances, U.S. officials denied his requests.

After one denial, Mullin threatened a U.S. ambassador.https://t.co/a4g2GTkDLs