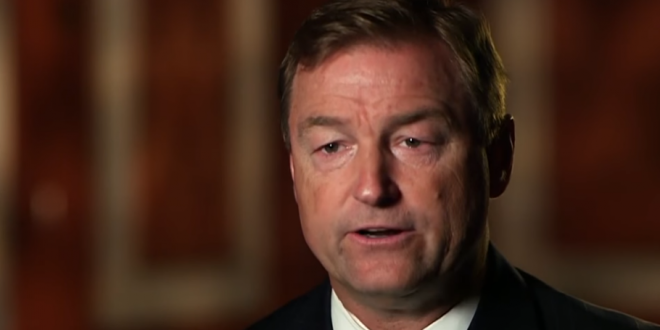 Dean Heller says he knows who the president is. He just won’t name that person — no matter how the question is asked. “I still know who the president is, but I do believe we have a problem with elections,” Heller said in a 30-minute interview Tuesday at the Washoe County Republican headquarters.

The conversation ranged from his views of former president Donald Trump, the outcome of the 2020 election, his criticism of Gov. Steve Sisolak and election security. Heller repeatedly declined — during his kickoff on Monday and in Tuesday’s interview — to say that Joe Biden had been elected in 2020.

Read the full article. Heller was the only incumbent GOP senator to lose reelection in 2018. Trump had criticized him as “extraordinarily hostile.” In Heller’s gubernatorial campaign launch video, photos of Heller with Trump are prominent. The new clip below is from the Democratic Governors Association. Watch it.

Ex-Sen./NV GOV candidate Dean “Heller repeatedly declined — during his kickoff on Monday and in Tuesday’s interview — to say that Joe Biden had been elected in 2020” https://t.co/oRXxqSGSKR

Previous Alabama Secretary Of State Flips Out After Mike Lindell Claims 100K 2020 Votes Were “Flipped” Via Bluetooth
Next Hospital Forced To Give Dewormer: Patient Got Worse