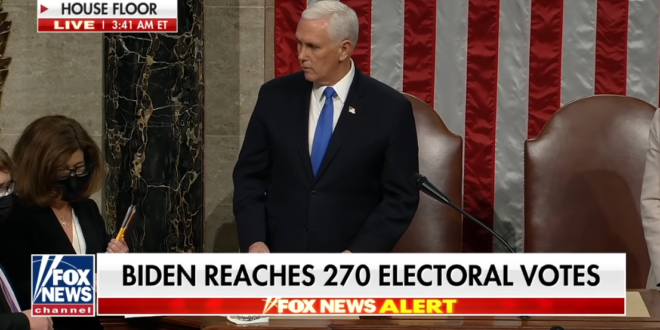 The National Republican Senate Committee (NRSC) sent out a fundraising email calling the 2020 election a “contested takeover,” which it signed with former Vice President Mike Pence’s name—but he didn’t approve the message. Pence refused to cave to former President Donald Trump’s pressure to not formally certify the official election results on January 6, the day the U.S. Capitol was assaulted.

But on Thursday the NRSC, which works to elect Republicans to the Senate, sent out an email in which Pence appeared to be suggesting that he did not believe the 2020 election results were valid. “Since their contested takeover, the Biden-Harris administration has unleashed a tidal wave of Left-wing policies that threaten to wipe out the progress we made for a safer, more prosperous, more secure America,” the email said.

“It was not approved by Vice President Pence’s team and we regret the error,” a National Republican Senate Committee spokesperson said. https://t.co/81qWqGe1NO