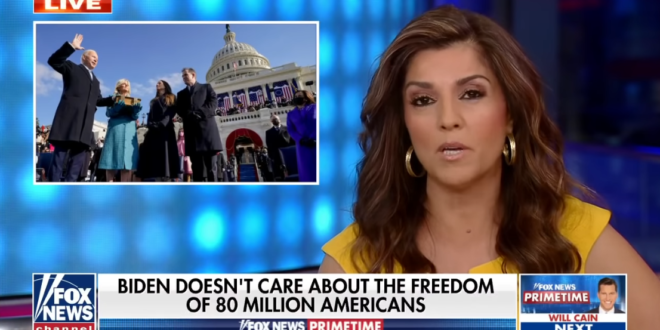 “I think we’ve just reached a point of where we just have to all say this doesn’t make sense. It’s time for civil disobedience. It’s time for the people who are rational and have common sense to say, enough is enough.

“I’m not going to be ruled by these people. And I’m not going to be sucked into the beginnings of what I see is a Chinese social credit score system, where if I do what the government wants me to do, then I get to participate in society and eat and travel.

“But if I don’t, then I can’t. That’s wrong. That’s not America.” – Fox News host and former reality television cast member Rachel Campos-Duffy.

Previous Breitbart Op-Ed: The Left Is Trolling Cultists Into Dying
Next “Death To Gays” Boxer Manny Pacquiao Announces Run For President Of Philippines: “I Fight Outside The Ring”