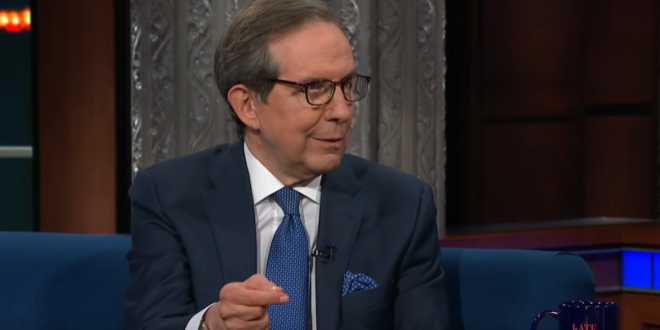 Fox Host: I Keep GOP Election Deniers Off My Show “Because I Don’t, Frankly, Want To Hear Their Crap”

“There are plenty of people who were the leaders in the Congress of challenging [the election] that I just have not had on the show ever since then, and have purposefully not had on the show, because I don’t frankly wanna hear their crap.

“But having said that, there are some leaders that you have to ask them questions. There are people in leadership and the Senate and I won’t let them come on without putting them through the wringer.” – Chris Wallace, last night on Colbert’s show.