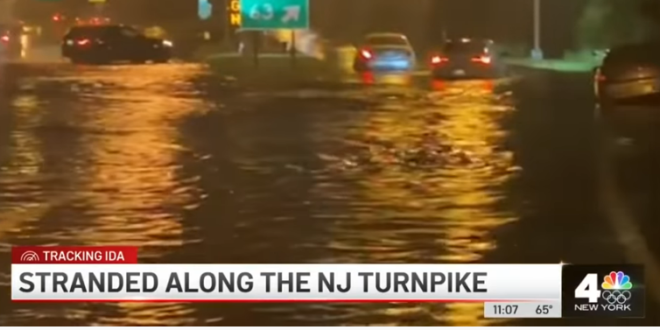 Flights Suspended At Newark Airport Due To Flooding

Gov. Phil Murphy declared a state of emergency late Wednesday night and asked residents to “stay off the roads, stay home, and stay safe.” More than 70,000 customers in New Jersey were without power by early Thursday morning, according to reports compiled by PowerOutage.us.

The storm has passed but our crews are working diligently to clear residual flooding & return ops to normal. As of now, 370 flights are canceled today at #EWR. Passengers are strongly urged to check with their carriers before heading to the airport.

JUST IN: All flight activity suspended at Newark Airport. Travelers are strongly advised to contact their airline https://t.co/hIxaAEiEkj #BreakingNews