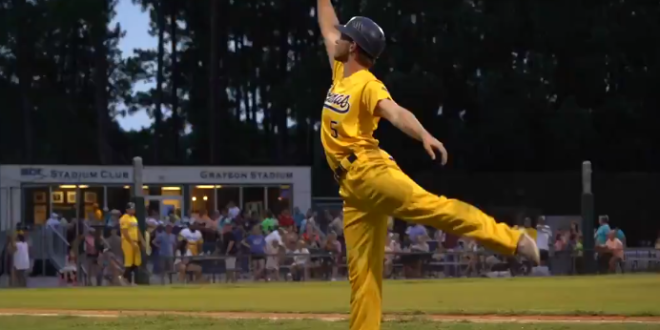 The Savannah Bananas, a collegiate summer league team that routinely takes a sledgehammer to conventionality, begin each home game by wrapping an infant in a banana outfit and raising the baby to the sky like Simba. The Bananas once famously played a baseball game in kilts, then decided to make it an annual tradition. They employ a pep band and a dancing first-base coach.

Their cheerleading squad, the “Man-Nanas,” is made up of out-of-shape middle-aged men, and their dance team, the “Banana Nanas,” consists of women in their late 60s. Their players routinely take part in choreographed dances, star in extravagant movie parodies and conduct postgame interviews inside of bathroom stalls. It’s baseball, but it’s also part circus with Harlem Globetrotter sensibilities — and maybe Major League Baseball can learn something from it.

Your first base coach could never. pic.twitter.com/dvrj0MFQhK

Previous Eric Trump: Every Day I Get Subpoena After Subpoena
Next Axios: Beto O’Rourke To Announce Bid For TX Governor