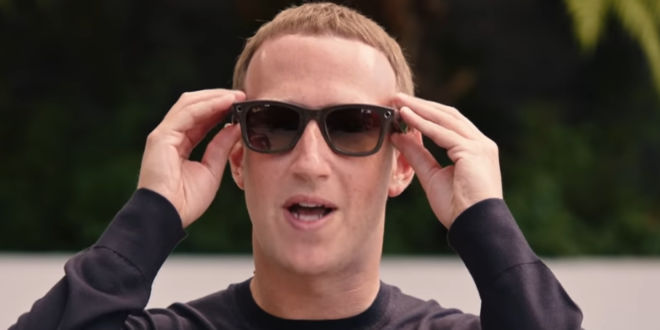 Ray-Ban Stories, the smart glasses being debuted by Facebook and Ray-Ban today, are most notable for just how much they look like a standard pair of the brand’s sunglasses.

That speaks to both the most promising and troublesome aspect of the $299 glasses: They look and feel just like a standard pair of Ray-Bans while adding the ability to capture photos and video.

The $299 glasses have three main “smart” features: they can record photos and 30-second videos via dual 5-megapixel cameras, they can play “open-air” sound without headphones and they allow users to take phone calls.

Remember Google Glass, the smart glasses that the Google co-founder Sergey Brin introduced while jumping out of an airplane? That project foundered, with bars in San Francisco at one point barring Glass-wearers — also pejoratively known as “Glassholes” — from entry.

Later came Snap’s Spectacles, smart glasses that focused more on fashion and the novelty of recording 10-second video clips. That product, too, never really broke through. Now Facebook is aiming to usher in an era when people grow more comfortable sharing their lives digitally, beginning with what is in front of their faces.

The frames feature two-front facing cameras for capturing video and photos. They sync with a companion camera roll app called Facebook View, where clips can be edited and shared to other apps on your phone (not just Facebook’s own). There’s a physical button on the glasses for recording, or you can say “Hey Facebook, take a video” to control them hands-free.

And, perhaps most importantly, they look and feel like regular glasses. Speakers on both sides of the frame can play sound from your phone over Bluetooth, allowing you to take a call or listen to a podcast without pulling your phone out. A touchpad built into the side of the frame lets you change the volume or play and pause what you’re hearing.