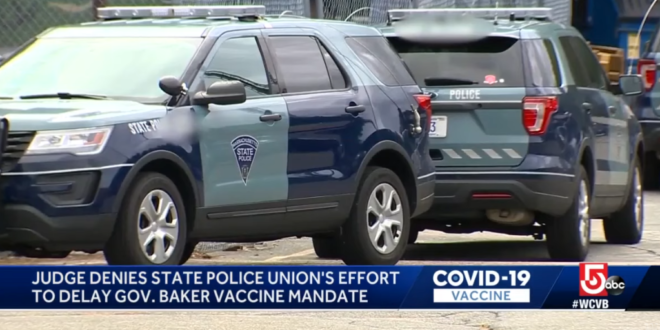 Dozens of state troopers in Massachusetts have resigned as a result of the state’s COVID-19 vaccination mandate, a key union said Monday.

State Police Association President Michael Cherven made the announcement in a statement, adding that some troopers had intentions of moving to departments that offered “reasonable alternatives such as mask wearing and regular testing.”

In August, Massachusetts Gov. Charlie Baker (R) issued an executive order requiring all executive department employees show proof of a COVID-19 vaccination by Oct. 17. Last week, a judge ruled that the vaccine mandate would not be delayed despite a request from the State Police Association of Massachusetts.