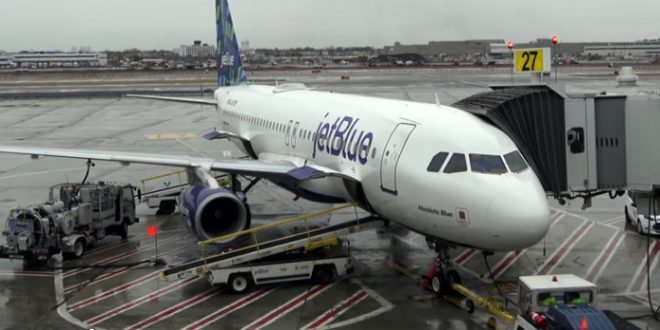 The Justice Department is preparing to file a lawsuit challenging American Airlines Group Inc.’s partnership with JetBlue Airways Corp. on antitrust grounds, according to people familiar with the matter.

The lawsuit, which could come as soon as Tuesday, is expected to argue that the recently forged alliance threatens competition and higher fares, the people said.

American and JetBlue announced their alliance in July 2020, saying boosting their offerings in the Northeast by marketing one another’s flights on certain routes would allow them to become more formidable competitors at the three New York-area airports and in Boston.

The Justice Department is set to challenge American Airlines’ partnership with JetBlue on antitrust grounds, people familiar with the matter say https://t.co/Xp2ho5PxYP

Previous Charlie Kirk Hails Border Agents For Abusing Migrants: “The Rule Of Law And A Christian With A Gun” [VIDEO]
Next After Months Of Criticism, Florida To Finally Apply For $820 Million In Federal Food Aid For Impoverished Kids